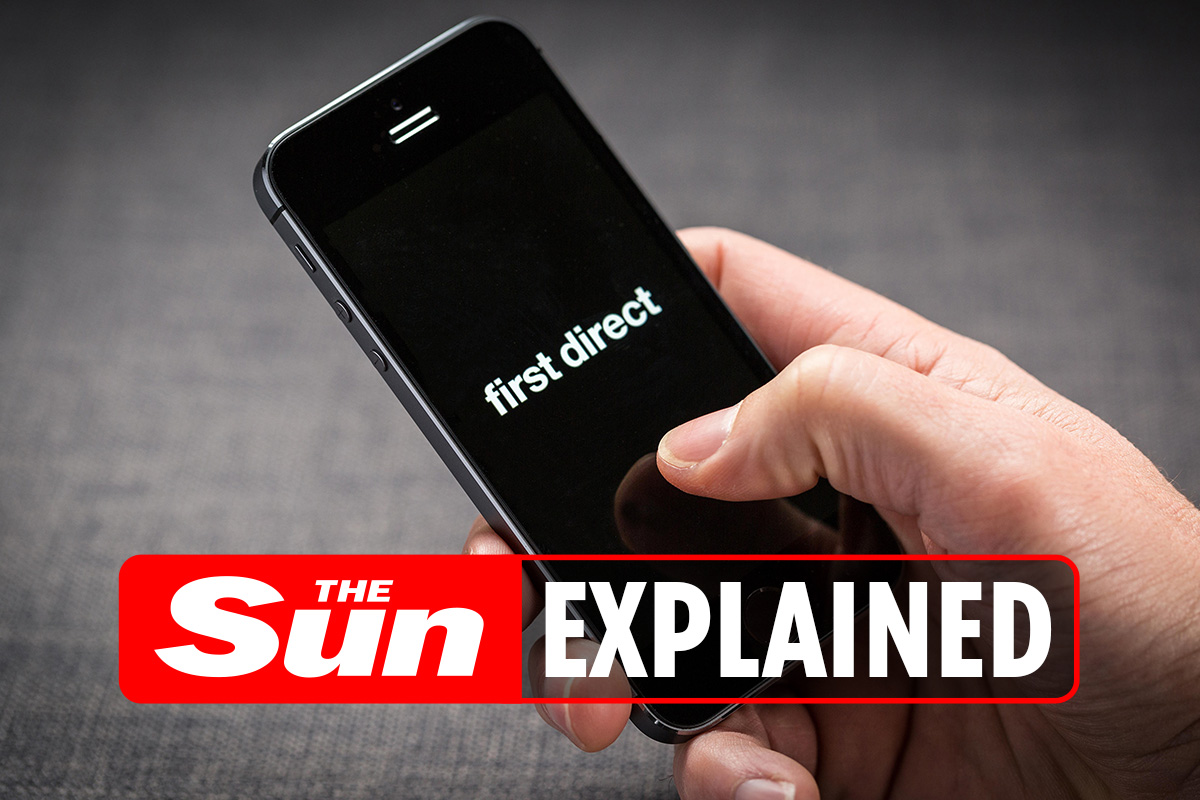 MOBILE and online banking services have been discontinued for hundreds of First Direct customers due to a suspected issue with Sky Internet.

How can I check if First Direct is down?

First Direct has a dedicated page on its website where customers can check for any service issues.

The company says the page is updated regularly and it’s “the best way to know when things are back to normal.”

It provides information on telephone, mobile and online banking, card transactions and the HSBC ATM network.

First Direct also has social media accounts on Facebook and Twitter, so it’s worth checking them out as well.

And the Downdetector website can also help identify if there are other people who are having similar issues.

The site relies on customers reporting issues directly to it, so it’s not always accurate.

But a great thing it tells you is how widespread a problem is and where in the country people have the most problems.

On August 20, Downdetector showed that 314 First Direct customers had complained about service outages.

Many Sky customers were unable to access their accounts due to an internet technology issue.

Can I claim compensation for a breakdown?

Unfortunately, bank customers are not entitled to compensation in the same way as telecom customers in the event of a breakdown.

But, it’s worth digging in if the disruption has had a significant impact on you.

You will need to take as many notes as possible about when you were unable to access services, the names of staff you spoke to.

Most importantly, you will have evidence of how the blackout affected you negatively – for example, all the extra costs it imposed on you.

There is a simple complaint form on the First Direct website that explains what else you may need to submit.

What to do if you can’t access your money

If you can’t access your money and you need it urgently, here’s what to do:

What happens if First Direct refuses to help?

If you have submitted all of your evidence and you are not satisfied with the way your complaint was handled, the next step is to report the case to the Financial Ombudsman Service (FOS).

You can do this 15 days after first reporting your concerns to First Direct.

The FOS is an independent body that reviews the evidence before deciding whether an action is fair – and it’s free to escalate your complaint.

Any complaint concerning a failure of a bank’s computer system will be taken into account.

However, the FOS says that the decision to be entitled to compensation will depend on how much you have lost as a result.

If it decides the bank is at fault, it can order it to reimburse any fees, charges or fines you have suffered.

Another result could be that the FOS orders First Direct to pay you any money you haven’t received, such as interest.

It can also tell the bank to transfer any extra charges you incurred to fix the problem, such as the cost of going to your local branch.

If your credit score has been affected, they can ask the bank to correct your credit report.

Martin Lewis explains why HSBC and First Direct customers receive up to £ 7,000 in refunds