Edtech unicorn Unacademy on Monday night unveiled a major step towards its vision of democratizing education with 50 unique new educational channels. This was revealed during the inaugural edition of the company’s SoftBank-backed “Unacademy One” flagship event, which was attended by the country’s top educators. The channels contribute significantly to increasing accessibility for millions of learners in both academic and non-academic categories.

Few of these 50 channels are built on the existing content categories offered by Unacademy. They mark Unacademy’s foray into new ground such as ‘Tick Tock Tax’ – to simplify the concepts of direct and indirect taxation, and Life After IIT – a platform for cracking JEE and discussing top ranking success stories.

“We are reinforcing our commitment to democratizing education and presenting a strong content strategy for learners who seek knowledge in unique and exciting ways,” said Vivek Sinha, COO, Unacademy. “Plus, we’re extending our focus to the wider community and there can’t be a better opportunity than today to share it with everyone.”

Educational channels encompass broad categories such as NEET UG and JEE, UPSC and other post-graduation segments, and banking, SSC and defense. Each channel will have the best educators, curating and creating high quality content for learners and aspirants across India. Some of these top educators include Dr. Anand Mani, Namo Kaul, Nishant Vora, Mrunal Patel, Ashish Arora and Mohit Bhargava.

“When it comes to the direction Unacademy is taking, it’s all about expansion and growth. That’s why we are launching these channels. They will be led by over 250 top educators,” said Karan Shroff, chief marketing officer (CMO) and partner at Unacademy. “Unacademy has over 200 Youtube channels and we are also targeting regional channels through the new initiative.”

Shroff said the initiative would also provide lessons for top performers as well as students who failed exams and then passed.

Unacademy also said that it is partnering with GATE Academy and that all GATE aspirants will have access to premium content for the category. Umesh Dhande has joined the Unacademy platform as Vice President, Academic, GATE & ESE. The platform has a network of over 91,000 registered educators and over 99 million learners. It provides education in over 14 Indian languages ​​to learners in 10,000 cities.

Unacademy recently said it is focusing on frugality as a core value. It is betting on profitability and is aiming for an IPO in two years. The founders have taken a pay cut and “some businesses” are closed, according to Gaurav Munjal, co-founder and CEO of Unacademy Group.

Munjal had said that Unacademy could experience a funding drought for at least 12 to 18 months and the company would cut costs to get through the lean season. Earlier this year, the company laid off more than a thousand employees.

In August, Unacademy raised $440 million in a funding round led by Temasek, with General Atlantic, Tiger Global and Softbank Vision Fund as other participants. The fundraising raised the Unacademy Group’s valuation to $3.44 billion, up from $2 billion in November 2020.

Previous Why are online games so exciting? 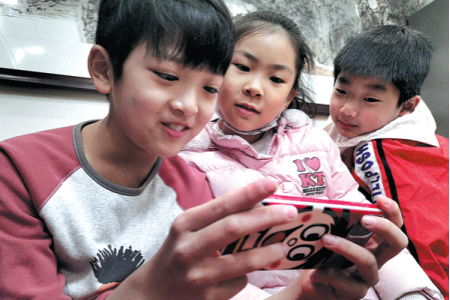